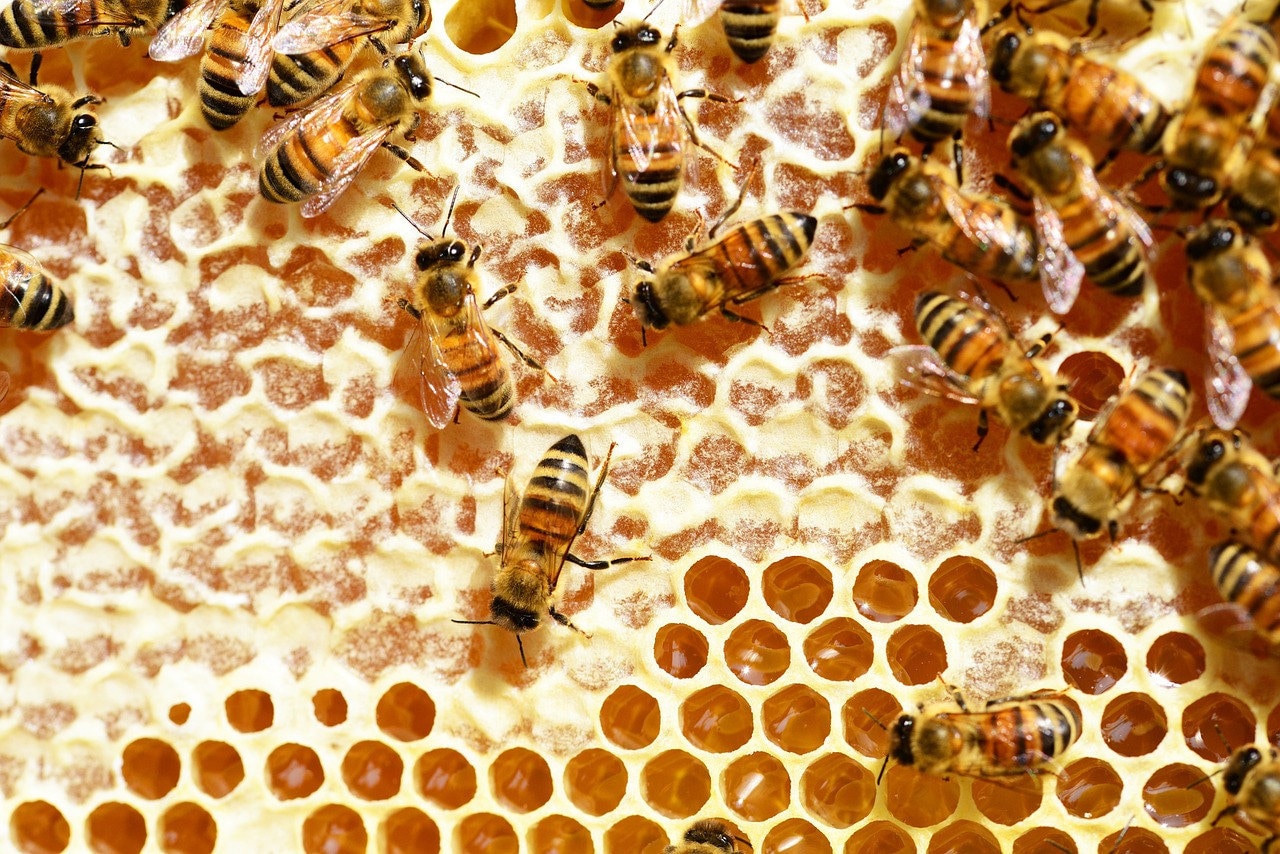 I started 2020 with 3 hives and I was determined to attempt to thwart any swarming so that I can get some more honey.  I was able to harvest some honey in 2018, but nothing in 2019 because of all the swarming.  Ugh!  In a nutshell, each time a hive swarms, half of the bees leave with the old queen and before any extra honey can be made, the new queen bee needs to produce more worker bees.  In years with cooler summers and enough rain to keep flowers blooming, this wouldn't be a problem, but 2019 had a wetter-than-normal spring (bees couldn't get out to collect nectar) and a hot dry summer (no flowers) = no extra honey.

Fast forward to April 2020 (what a year, eh?!) and I was making plans to inspect my 3 hives early to prevent swarming. April was cooler than normal with weird cold spells/frosts that made inspections difficult.  The bees however got wind of my plan and began a counterplot.  April 3rd was my first swarm and they didn't go to a convenient spot.

Ten days later, another swarm (#3) stayed under their hive.  I scooped bees out with a plastic bucket and installed in another hive box....and then there were 5! 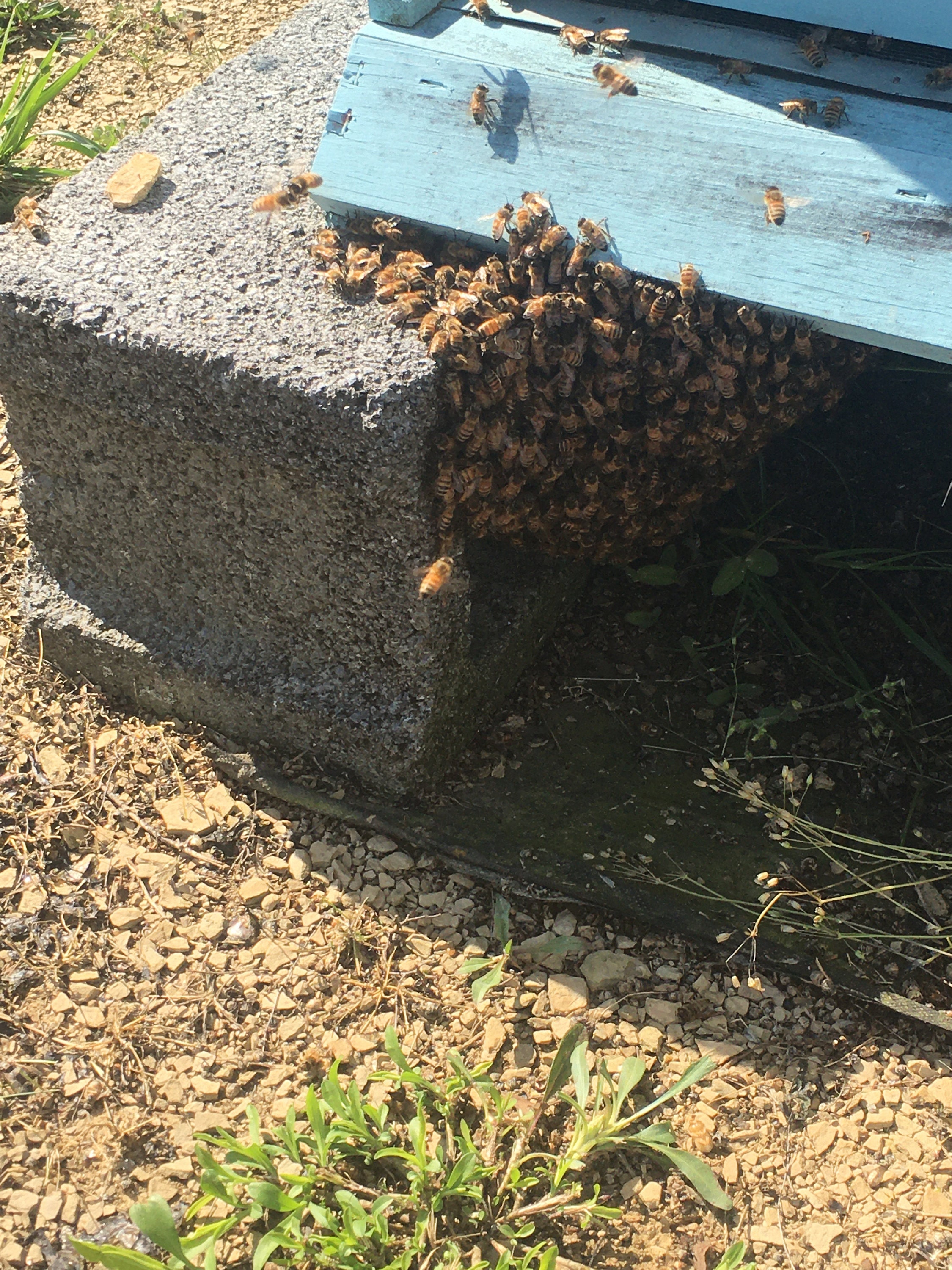 Three more swarms happened on April 17th; one in a brush pile (easiest swarm recovery ever, but alas no pictures were taken!). Numbers 2 & 3 went back to my maple tree.  I caught the brush pile swarm, but it was getting dark by the time I noticed the swarms in the tree; so I left them for the night and hoped they were still there in the morning. 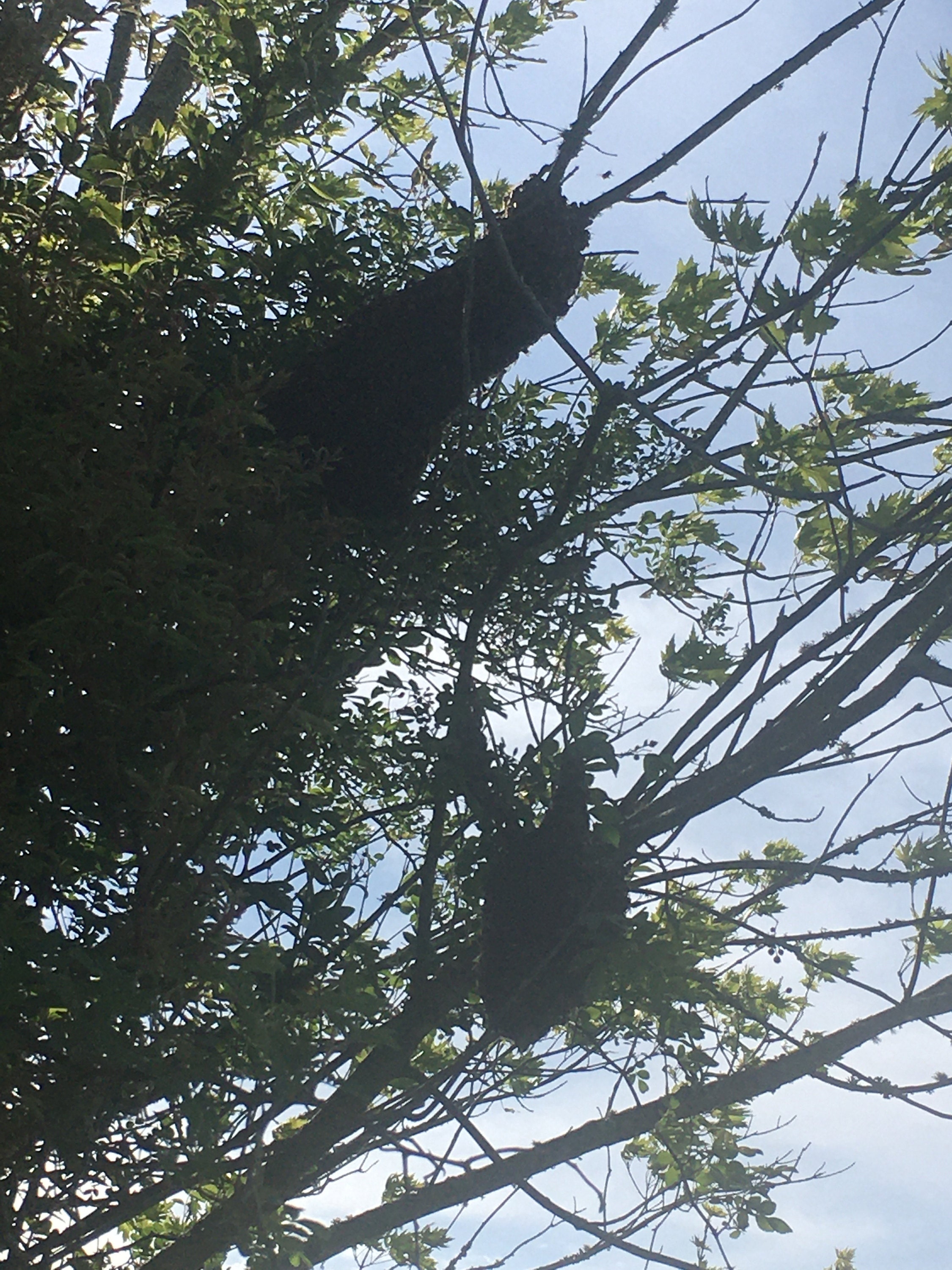 Weirdly enough, both swarms were still in the tree the next morning (4/18), even though it was chilly and had rained overnight. I was able to catch each one using one of those white plastic 5 gallon buckets. (I still don't know how I managed climbing up and down that ladder, wearing a bee veil and carrying a bucket.)  I decided to use nuc boxes to get them housed, instead of full size hive boxes...so cute! 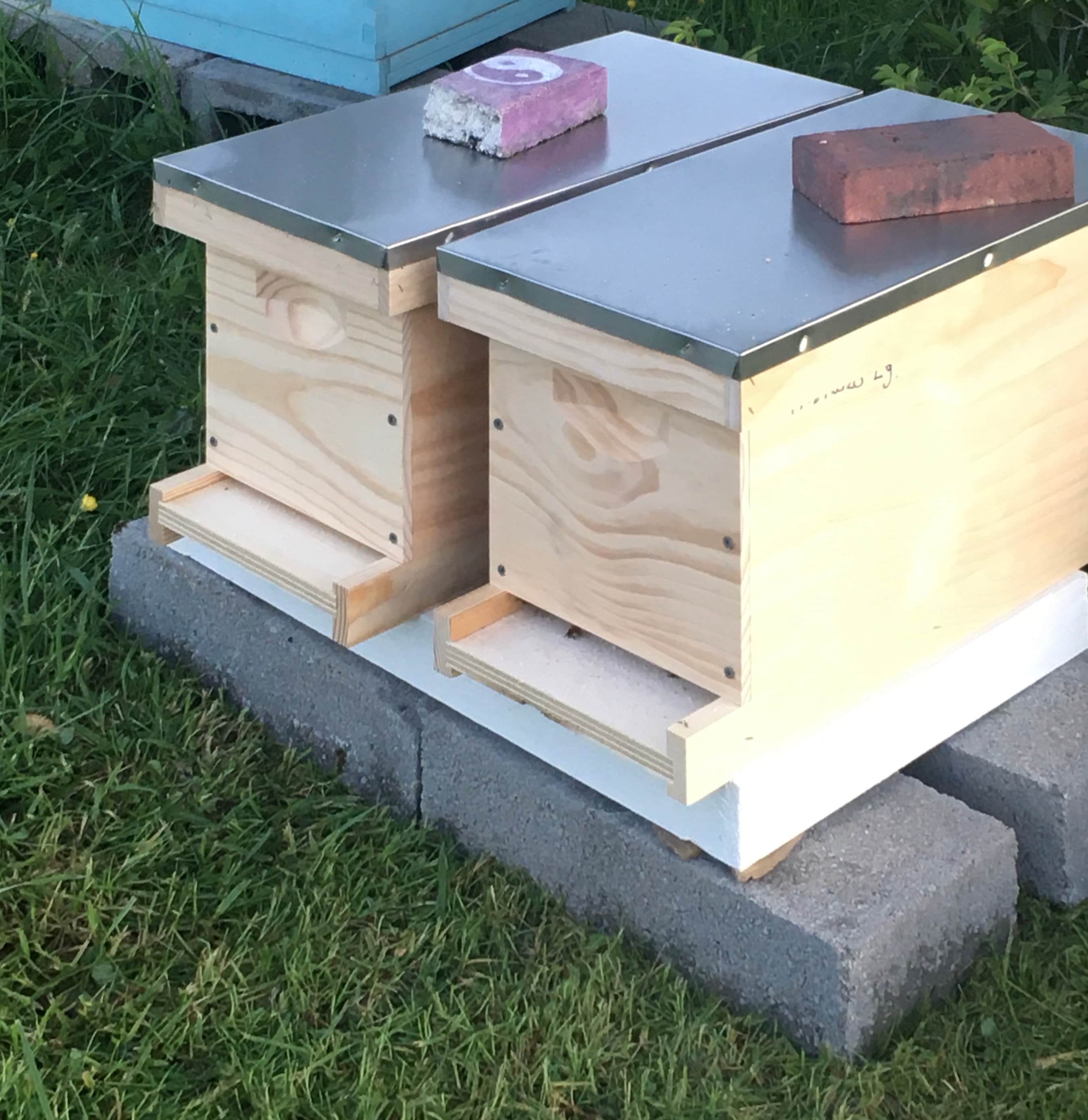 The very next day (4/19), three more swarms popped up; 2 in the tree again and the other back in that brush pile (still no pics of that one and the brush pile has since been burned).  <big sigh>. I caught the brush pile group and combined it with an earlier swarm because it was queenless. I caught one of the tree dwelling groups and gave it to a friend because I had run out of room and energy.  The last swarm remained in the tree for 3 days before it finally left; I didn't try to catch it because it was in that inaccessible part of the tree and I didn't think the volunteer fire department would save me if I got stuck in the tree.  Thankfully, that was the last swarm (knock on wood!) for this spring; a grand total of 9 swarms!

To recap, two swarms flew away, one swarm was given away, two were combined and four were housed as-is in my apiary, giving me 8 beehives when combined with my original 3 hives as of May 31st.

The next burning question:  will I get any honey this year?!

PS, the answer to that question was 'no!'

Previous Post I've Got Bees on My Brain! Part 1
Next Post Bacon Jam
0 items in your cart