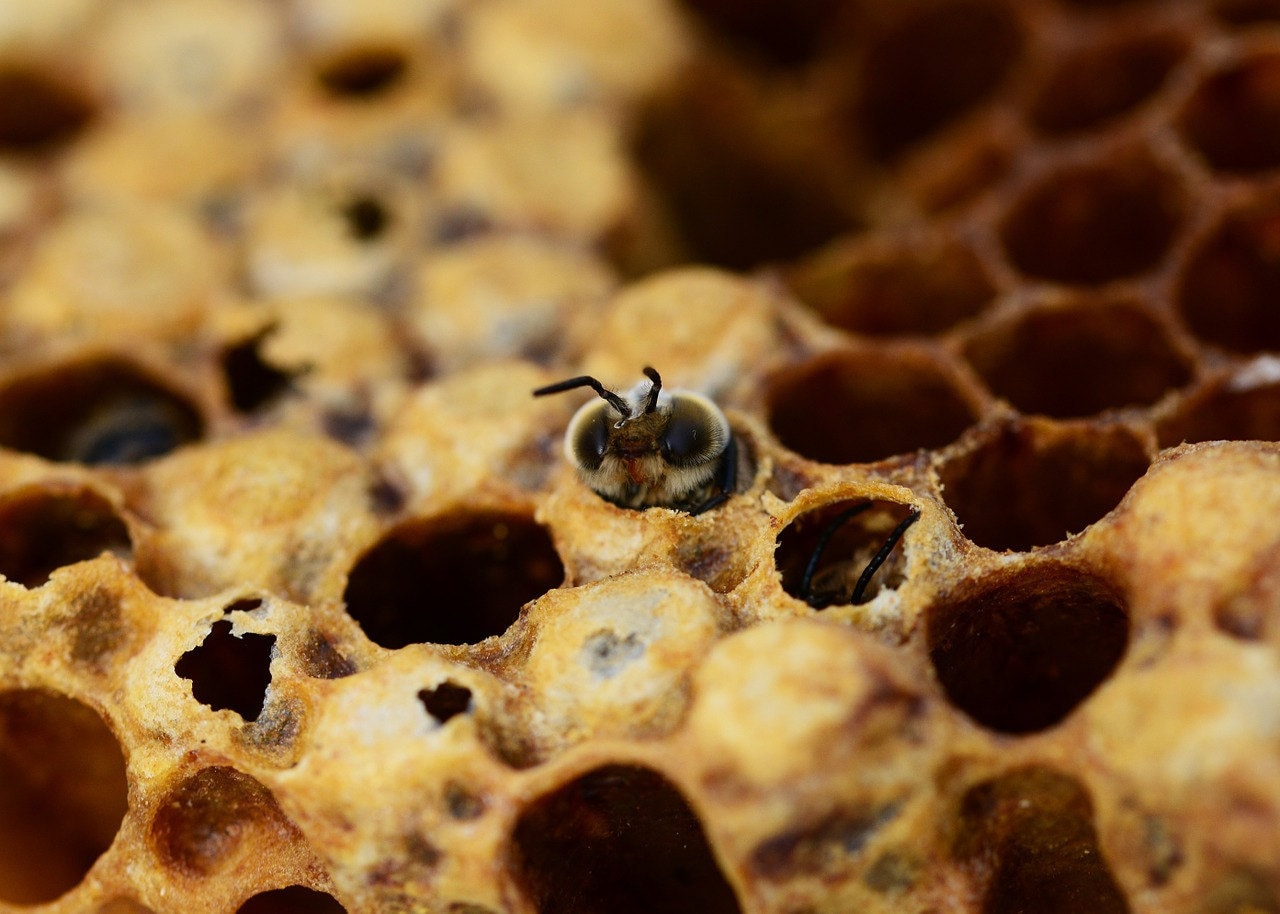 Bees swarm in spring; this is a fact of life.  If the beekeeper is lucky, he/she can catch their swarm before it leaves.  Better yet, they might catch somebody else's swarm.  Both scenarios mean free bees and more honey production.

Why do bees swarm?  There are many reasons.  The simplest reason is that there are too many bees in the hive and they need to split up.  Usually the original queen and half of the bees will leave to find a new place and a new queen will hatch and take command of the rest.

I first got into bees in 2017. I started with one hive because that's all I could afford.  If possible, it's best to have 2 or more hives, in case something happens to one of them...and it will. 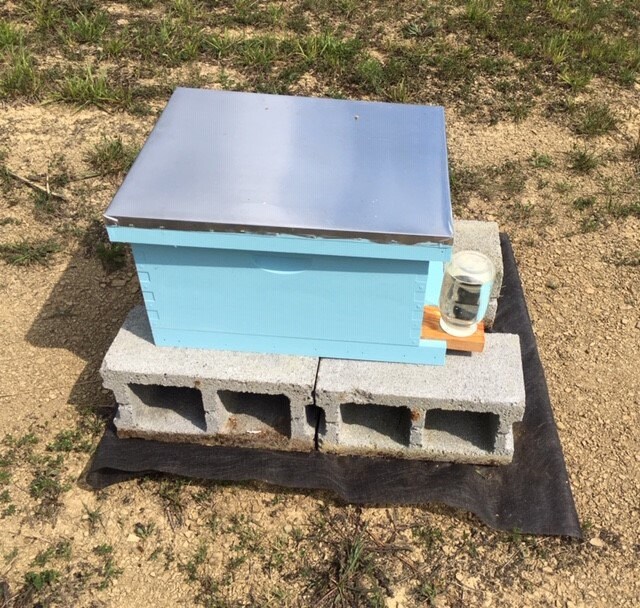 In April 2018, my bees swarmed, but I was at work and didn't see it.  My neighbor did and tried to catch the bees; he did not succeed.

Then in early April 2019, my bees swarmed again and I saw it happen.  Luckily, I was able to catch them before they flew too far away.

The backstory on this was that I had been outside tending to my garden; pictured is a bed of peas with a bamboo teepee for support.  I went inside for less than one hour, came back outside and saw this. 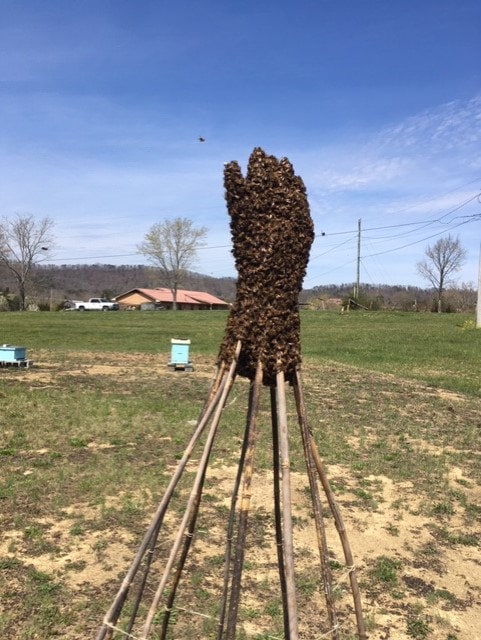 This time, I was bound and determined to catch this swarm.  That brown mass in the above picture, that looks like Thanos' Infinity Stone glove, is the queen bee surrounded by thousand's of worker bees.  She emits a scent (a pheromone) that the bees can use to keep track of her.  Wherever she goes, they go.  They are waiting for some scout bees to come back from locating a new spot to move to.  Note:  you can see their former home in the background.

How do you move a swarm of bees to a new home?  The short answer is very carefully.  The key is making sure that the queen gets moved; where she goes, the rest will follow. 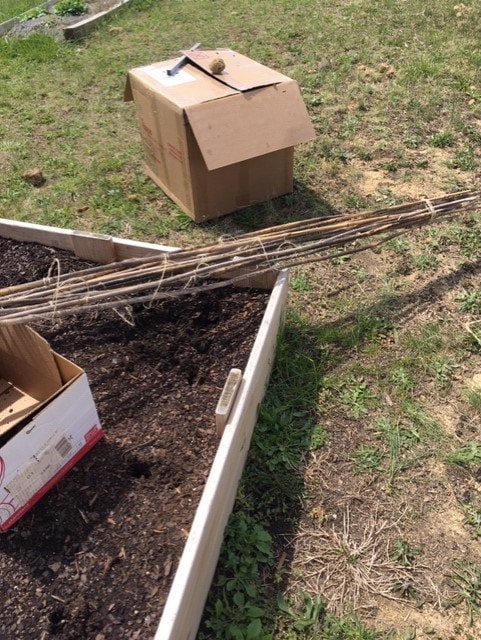 My brother had this to say:  "I’m not even sure how you go about convincing a bee swarm to move into a bee hive. Maybe a nice open house with wine and cheese? Sugar water and gummy bears?"

First of all, I had to gently pull up each bamboo post, trying not to disturb the pea plants that were just starting to emerge from the soil.  Then I leaned the posts over and positioned a cardboard box under the mass of bees.  I proceeded to brush, scoop and shake the bees into the box, hoping the queen was in there somewhere.  I let them settle down for a while and then proceeded to carry the box over to their new hive and shook them into the open hive.  I closed up the hive, gave them some sugar syrup to nosh on and went inside to have a nervous breakdown.  It was my first swarm after all!

A week later and both hives seem to be doing well, until..... 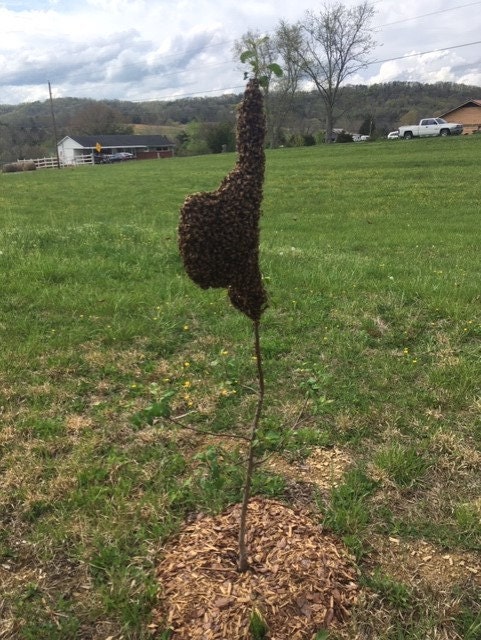 I came outside this morning to this vision, a second swarm.  The question is:  did another queen hatch out, prompting another swarm or was this a swarm from someone else's hive?  I may never know, but I caught this one too.  This time they chose a young apple tree to perch on, so my capture of them was a bit easier.  I just had to lean the sapling over and shake them into the box.  Now I have this in my bee yard. 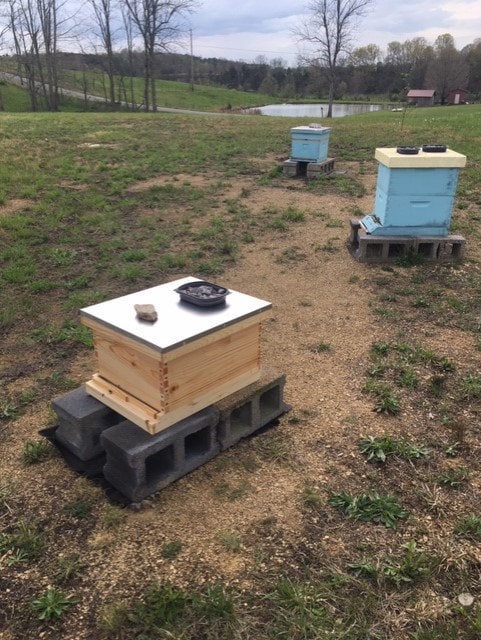 I'm crossing my fingers that when I go outside tomorrow morning all three hives have bees in them and NO MORE SWARMS!!!!  At least, not for this year. 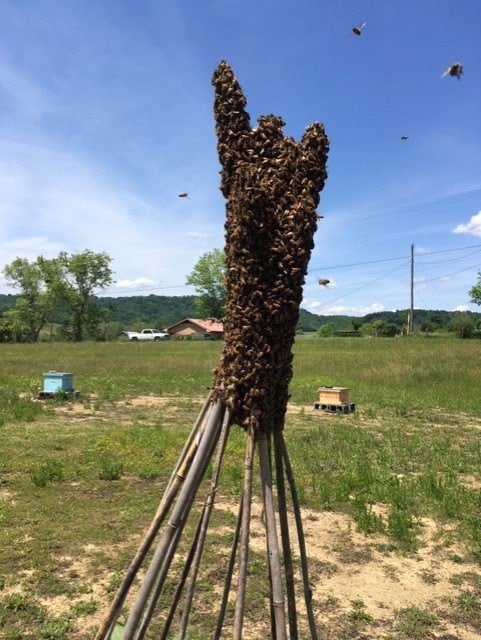 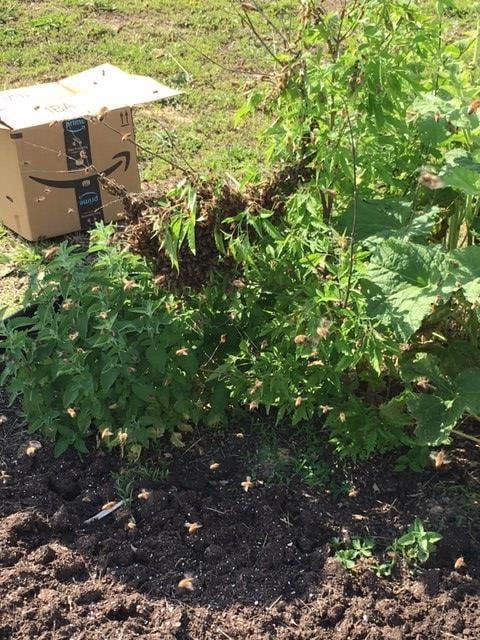 Previous Post Basil, Queen of the Herbs!!
Next Post I've Got Bees on My Brain! Part 2
0 items in your cart