Hops: It's Not Just for Beer 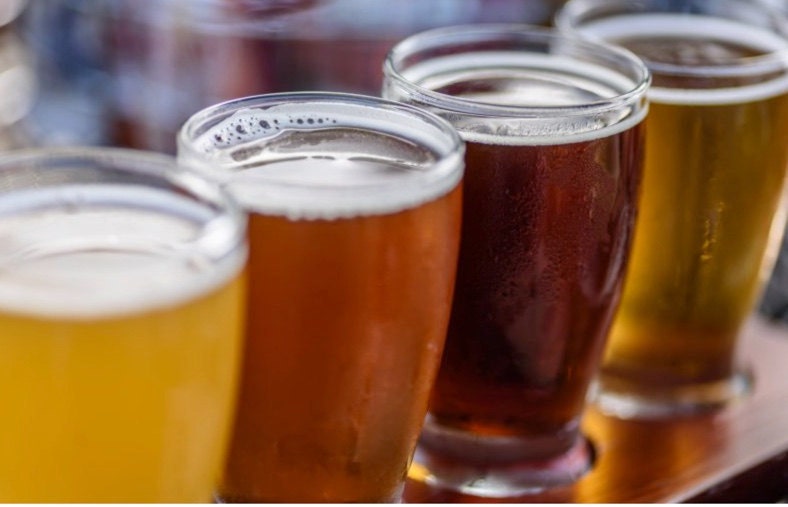 I did not start my adult life liking beer.  There!  I've said it! Beer always seemed to taste wrong to me; bitter, sour, ugh.  I did not have the same response to its golden allure that the numerous beer commercials said I should.  Then, in my 40's, I discovered that there were beers I liked and, from there, I developed an appreciation for beer, ale, lager, etc.  The beers I didn't like seemed to be the IPA's, or hoppy beers.  Hops was originally added to beer back in ye goode olde days as a preservative and, yes, for taste. I'm not going to get into the different beer types or how they are made but hops is an ingredient of many beers and there are MANY varieties of hops.

Commercially grown hops is done on a much grander scale than I would ever want to achieve, but I started noticing many seed catalogs offering hops for sale and, in 2018, I bought one.  I later learned that hops didn't do well in East Tennessee because of the humidity.  I persevered.  The variety I chose was "Cascade".  Why?  I guess because it was described as an American-style hops with a light (not too hoppy) taste.  Here is the catalog description from Pinetree Seeds. www.superseeds.com

High yield, matures midseason, elongated cone, noted for its aroma, alpha 4-6%. Lends an American flavor to beer. Zones 3-8. PLANTING INSTRUCTIONS: The hop (humulus lupulus) is a hardy perennial, which may grow up to 25’ in a season, dying back to the crown in the fall. Ripe flower cones can be harvested in August and September, dried, and used in brewing for flavor, aroma, bittering, preservation, and head retention. Under good conditions a vigorous hop can produce up to 2lbs of dried flowers. Mature hop cones are 1” to 3” long, yellowish green, and papery to the touch. Plant in early spring, in full sun, one rhizome per hill with the buds pointing up, 1” deep, plants 3’ apart. When the vines are 1’ long, select 2-6 to train to supports and remove the rest. 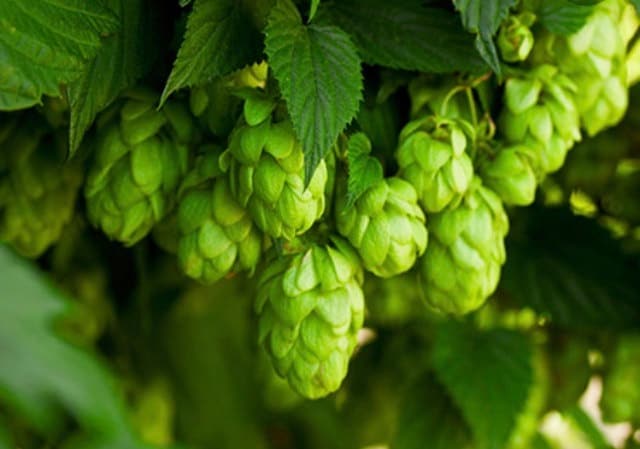 I bought one cutting that spring and planted it in the best place I could on my property; near an east facing post of my deck.  I fixed a trellis for the bines (yep, that's what they're called, not vines) and it grew, fast and furious until it reached the top of the deck (~15 feet) and continued to sprawl along the railing.  The hummingbirds loved it because they could perch on the stems in between feedings and hide from each other & my cats.  October came and it died off.  I dutifully whacked the stems off at ground level and pulled the entire plant down.  I burned it that year, but I found out that I could chop it into pieces and place it on my compost pile.

That winter was very wet and I noticed that water puddled at the base of the posts, so I went to Lowes and bought some lawn edging.  I fashioned rings of the edging around the affected posts and filled them with soil.  March 2019, the hops came up bigger and more plentiful (I did not cut back all of the sprouts as instructed).  That fall, I harvested some hops for use in sleep pillows and teas. 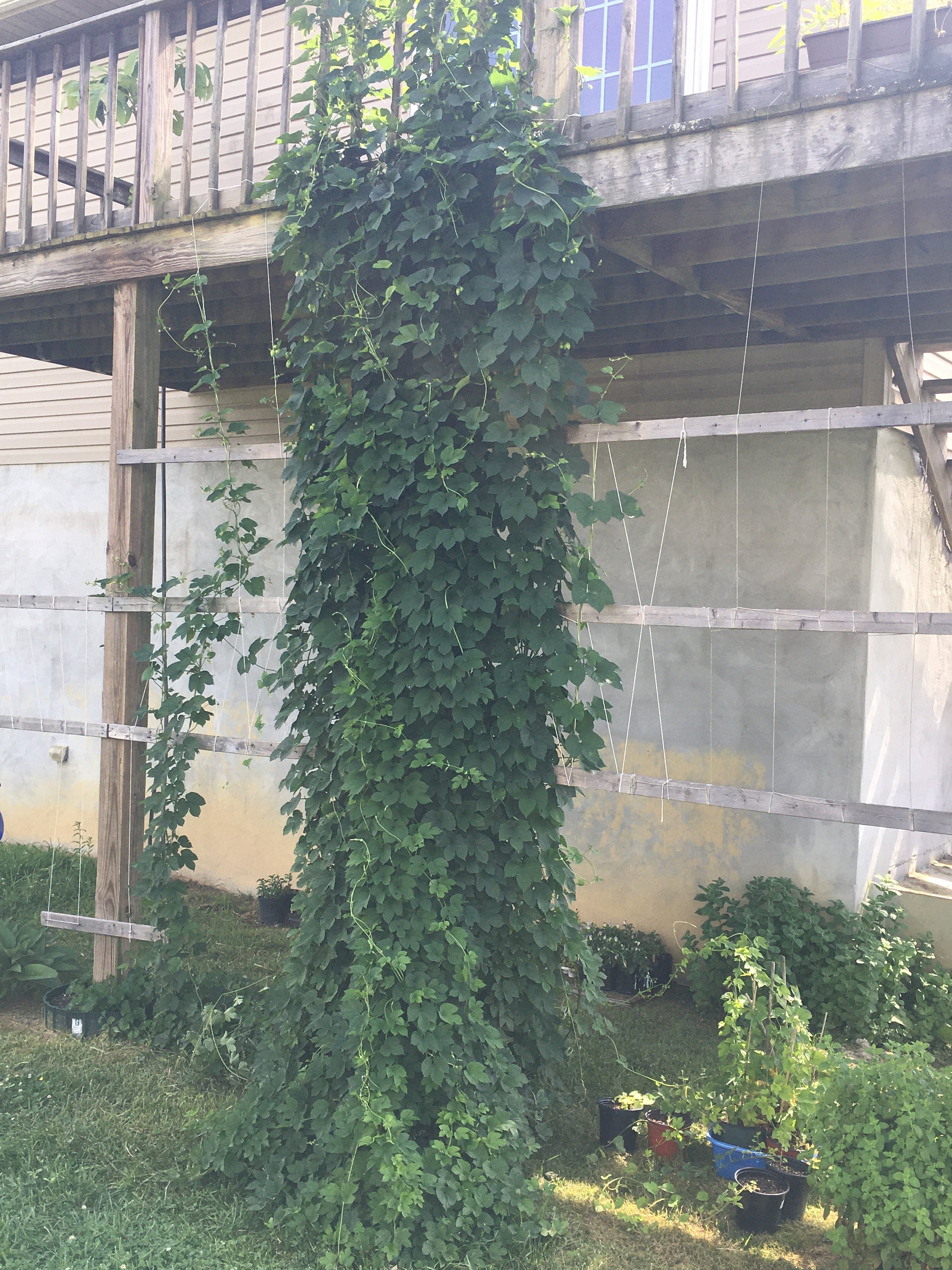 I had read that hops bines grow until the summer solstice (June 21st) and then start setting the hop flowers.  My hops continue to grow all summer and flowers started in May.  Oh well, my hops is a rebel!  I'm well into my 3rd year of cultivating hops.  Am I tempted to grow it commercially? Nope! Do I want to make my own beer?  No, although I would gladly donate hops to any friends or family who wanted to do so...provided I got to drink some of the results.  Ah!  I think I'll go have a beer now! 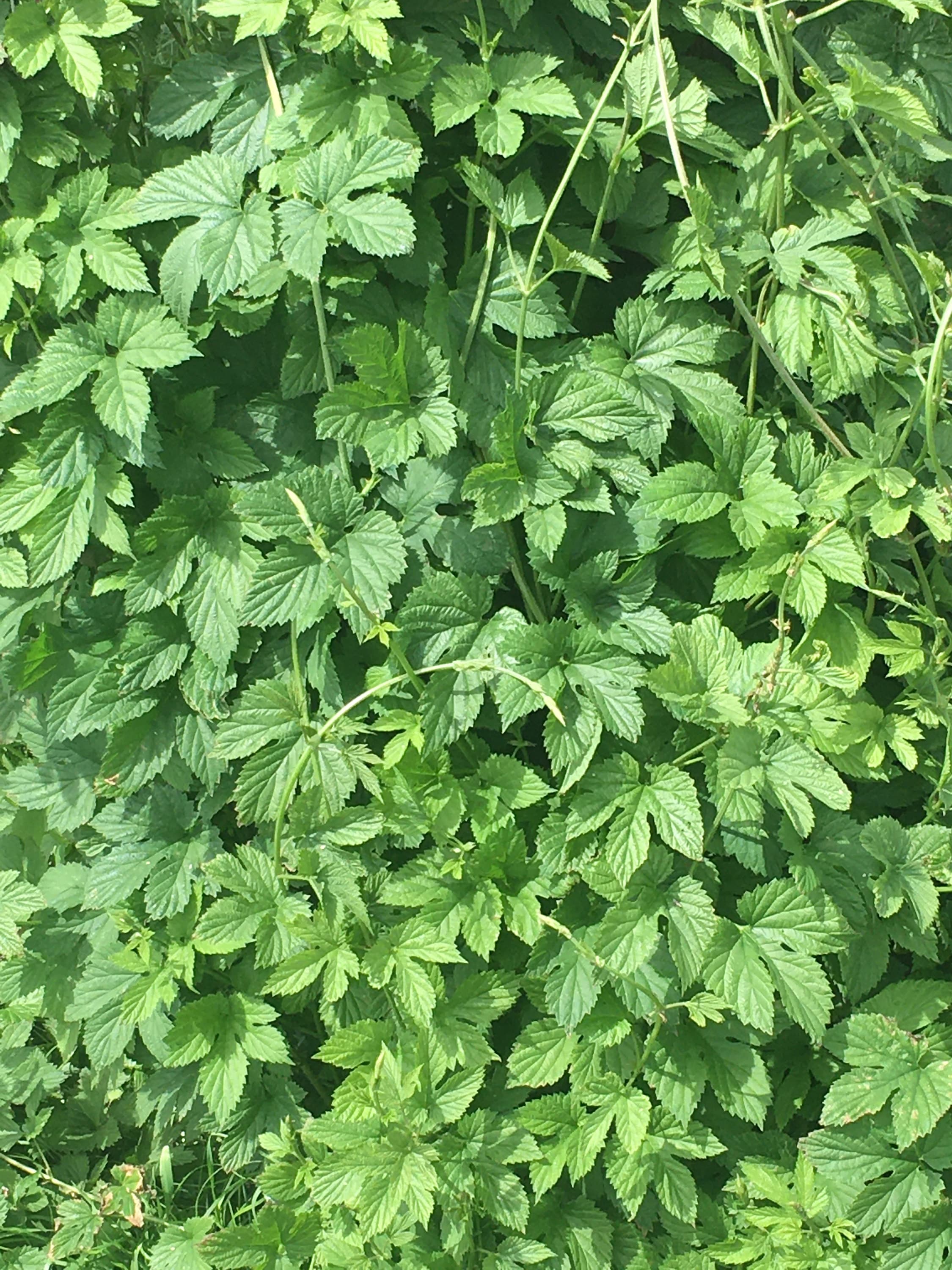 Hoppily yours, The Wooly Dragon

Previous Post My Favorite Use for a Garbage Bag
Next Post Still Here! How I Set Out to Buy a Car
0 items in your cart