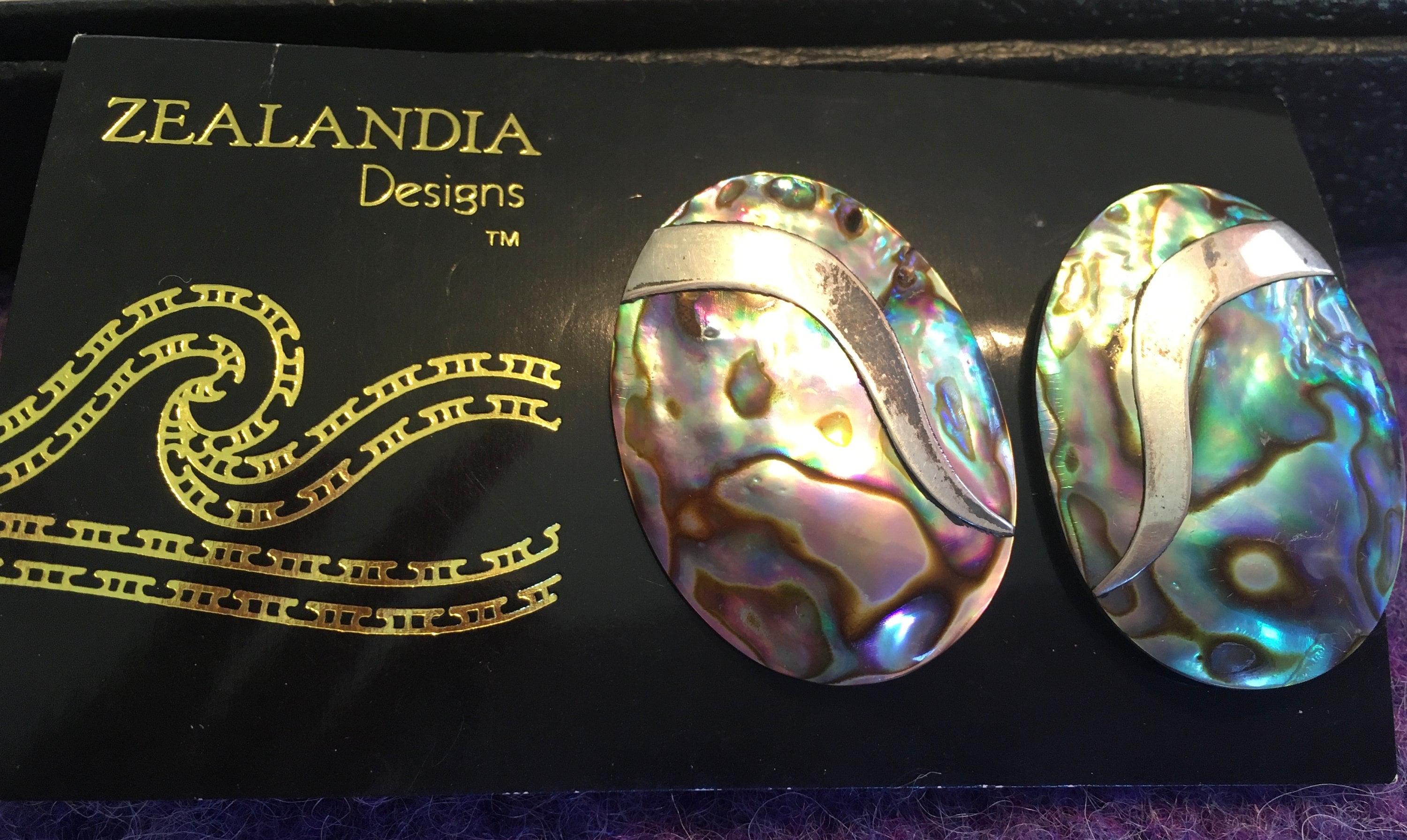 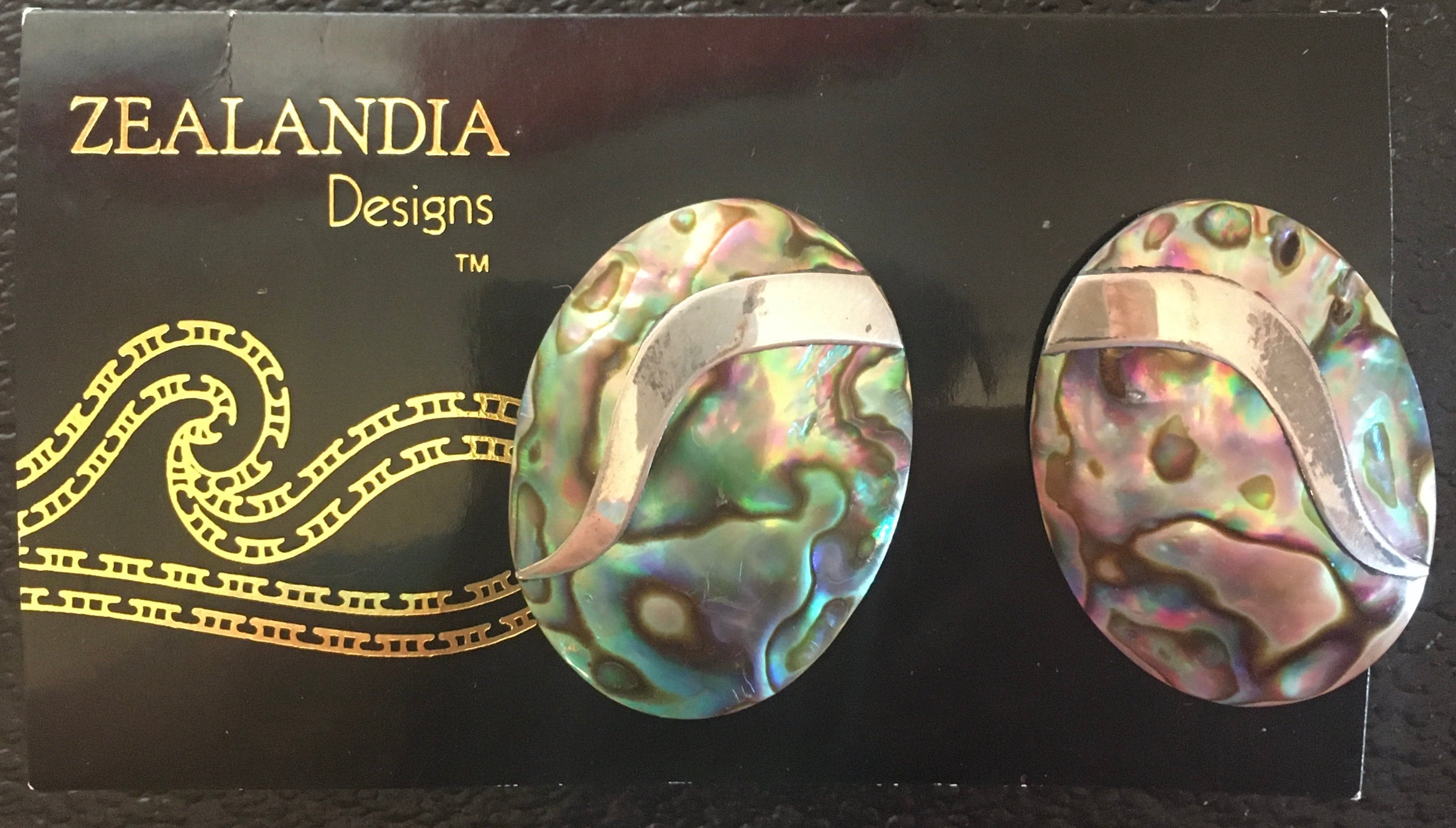 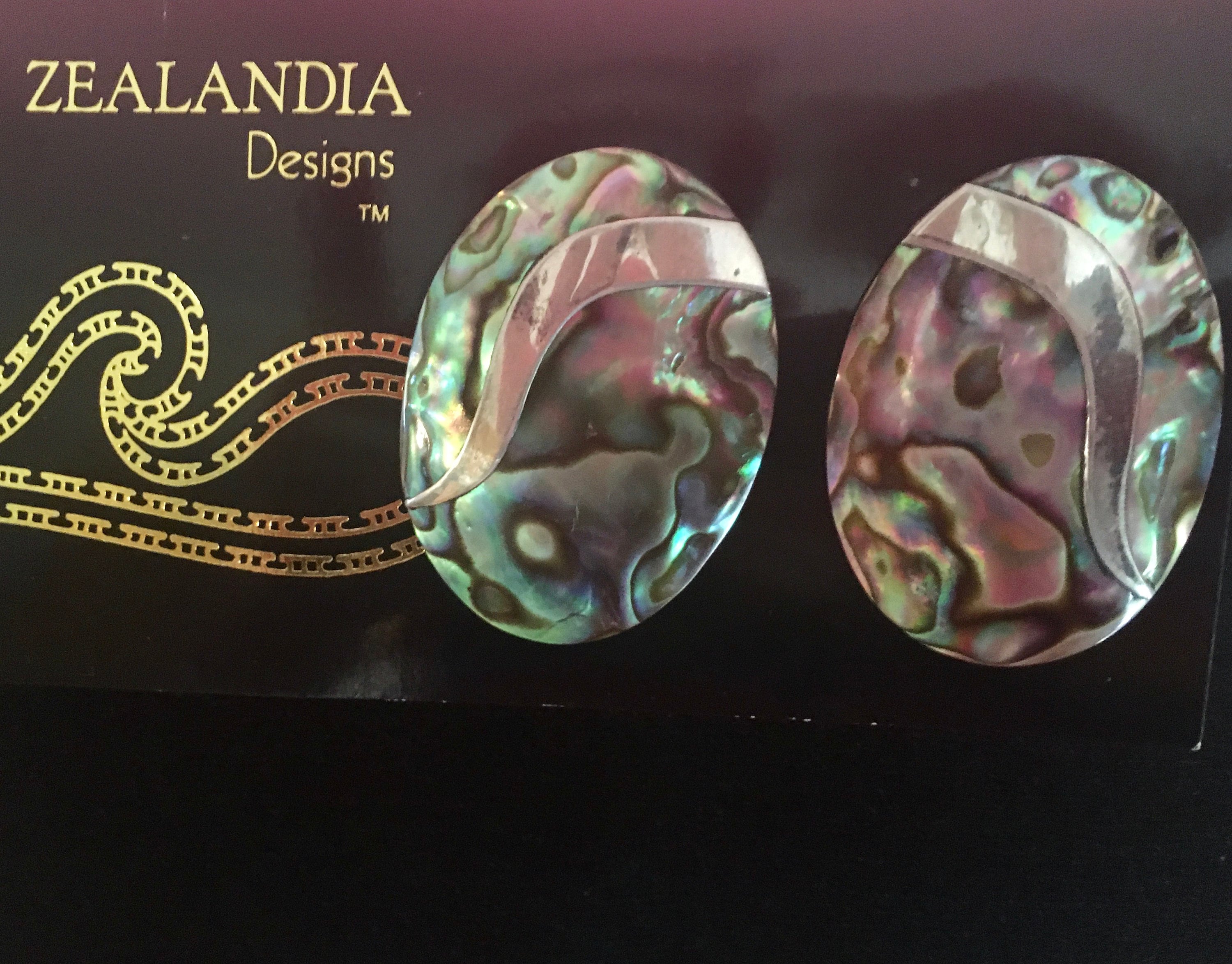 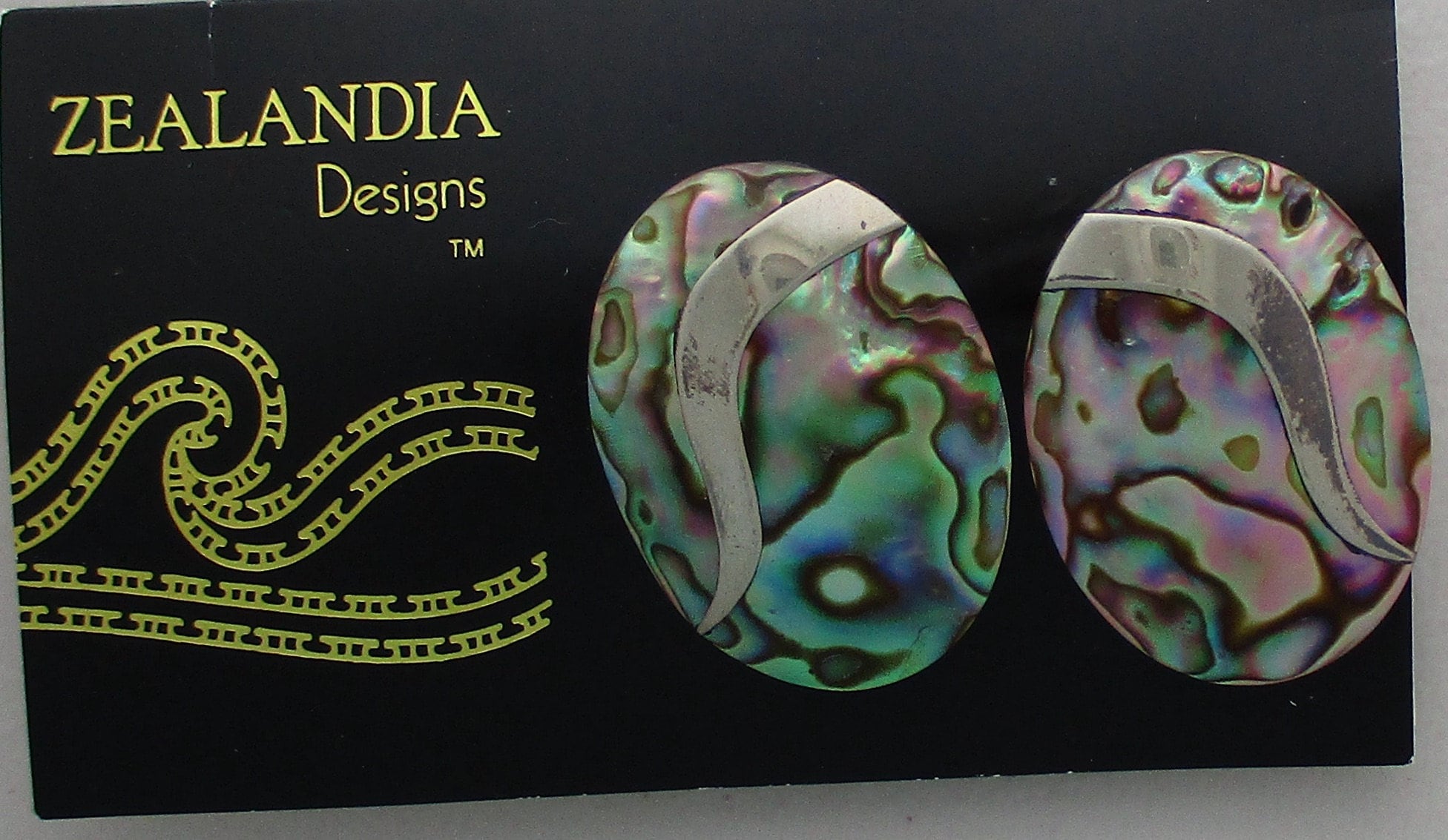 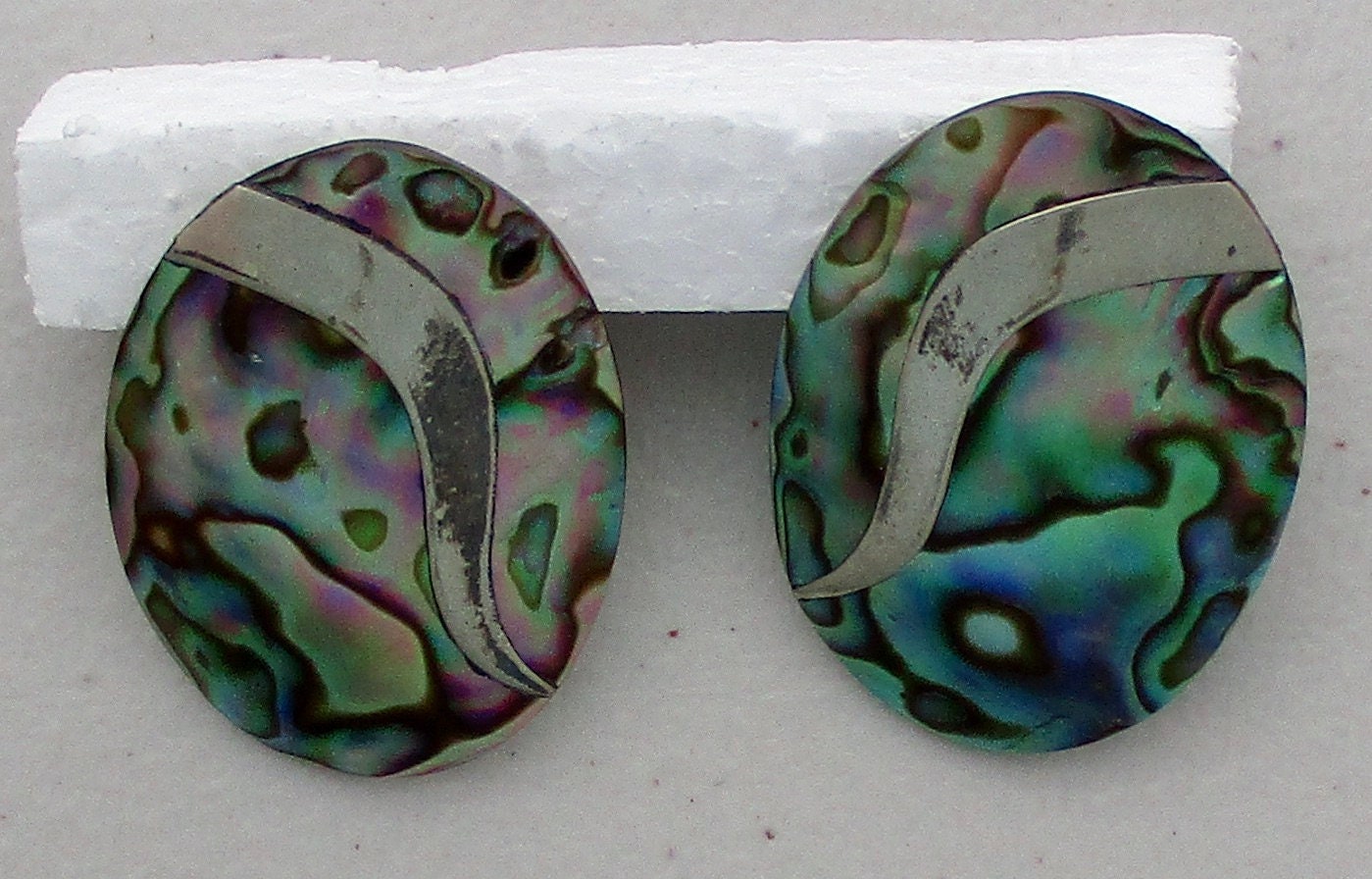 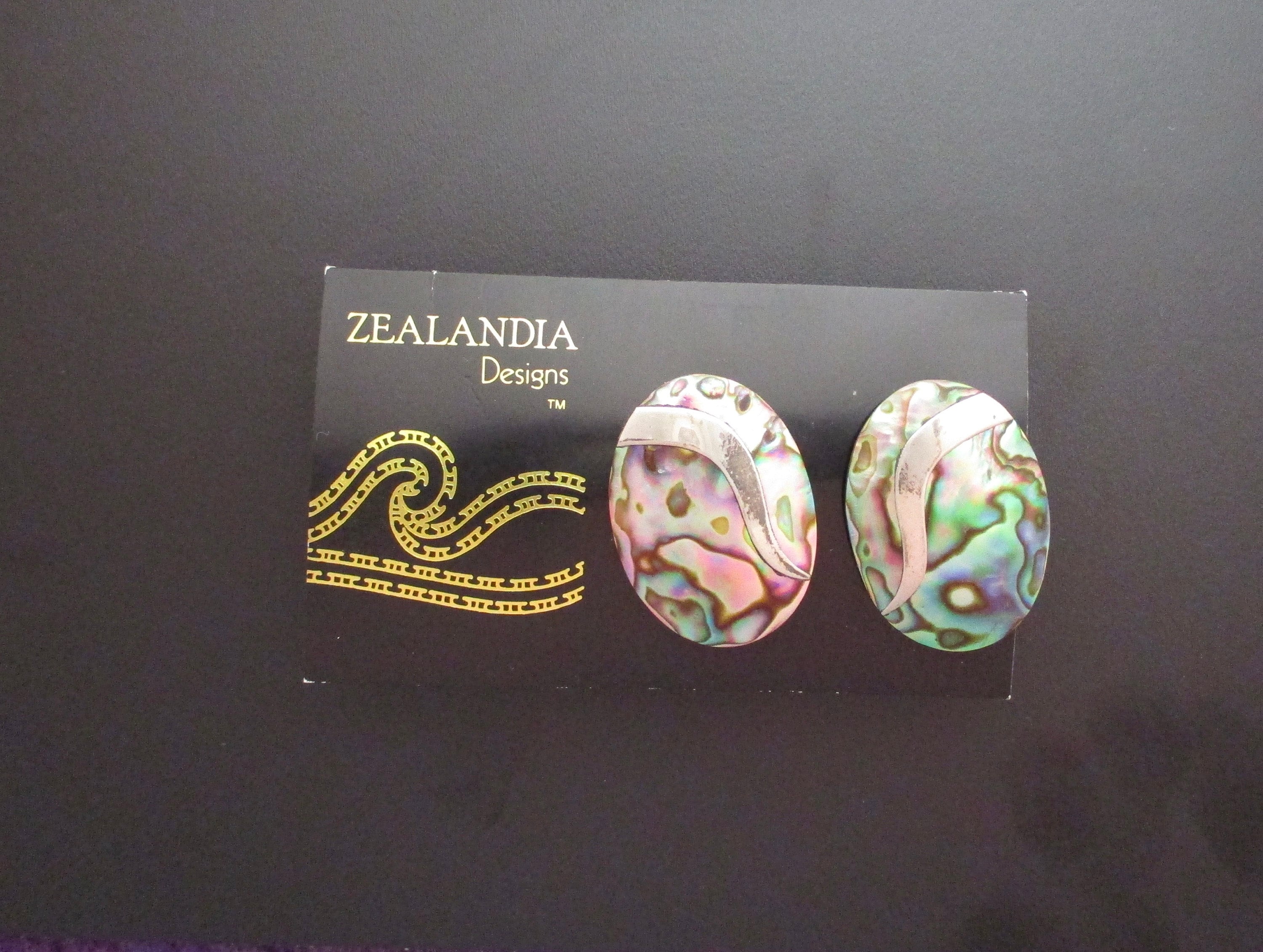 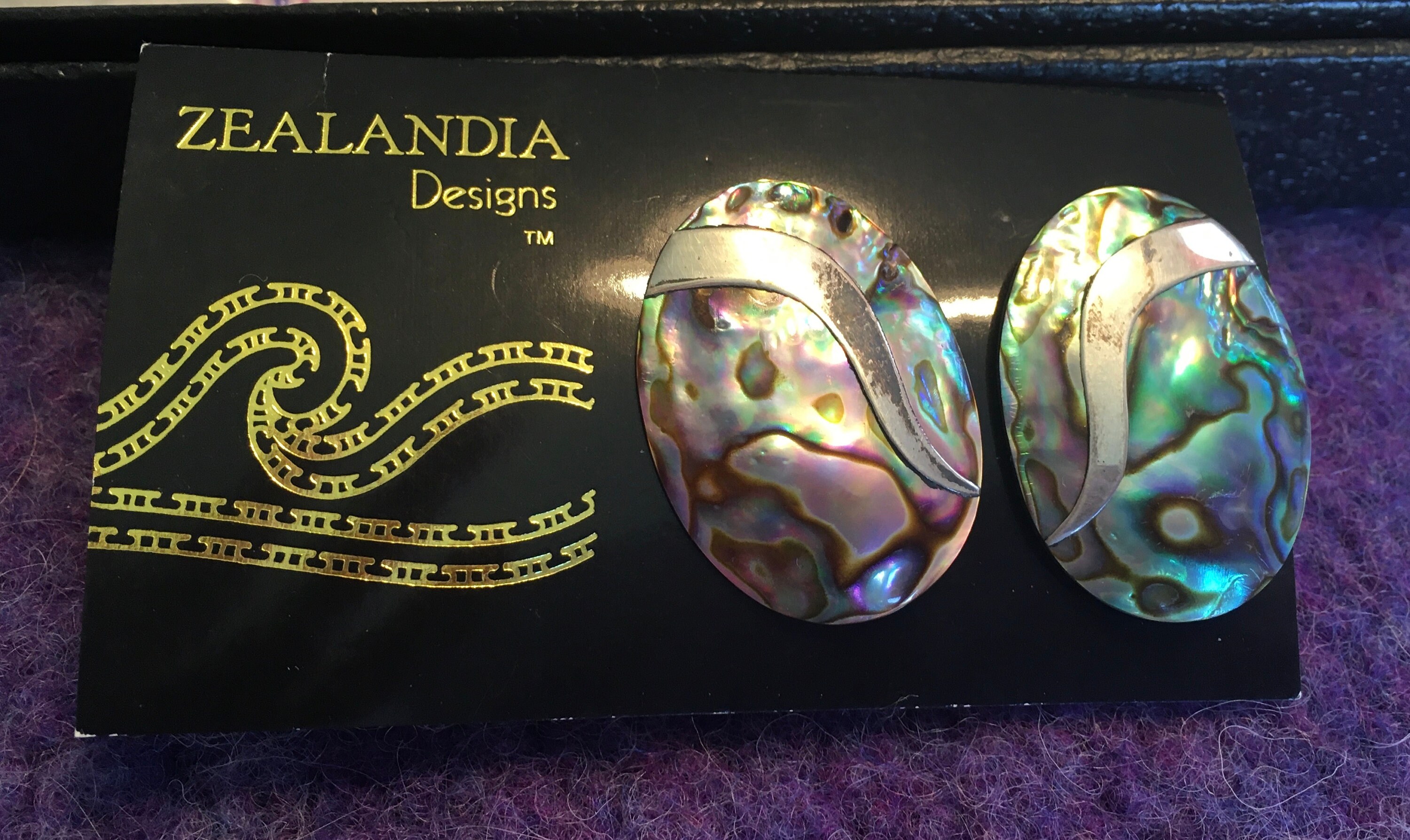 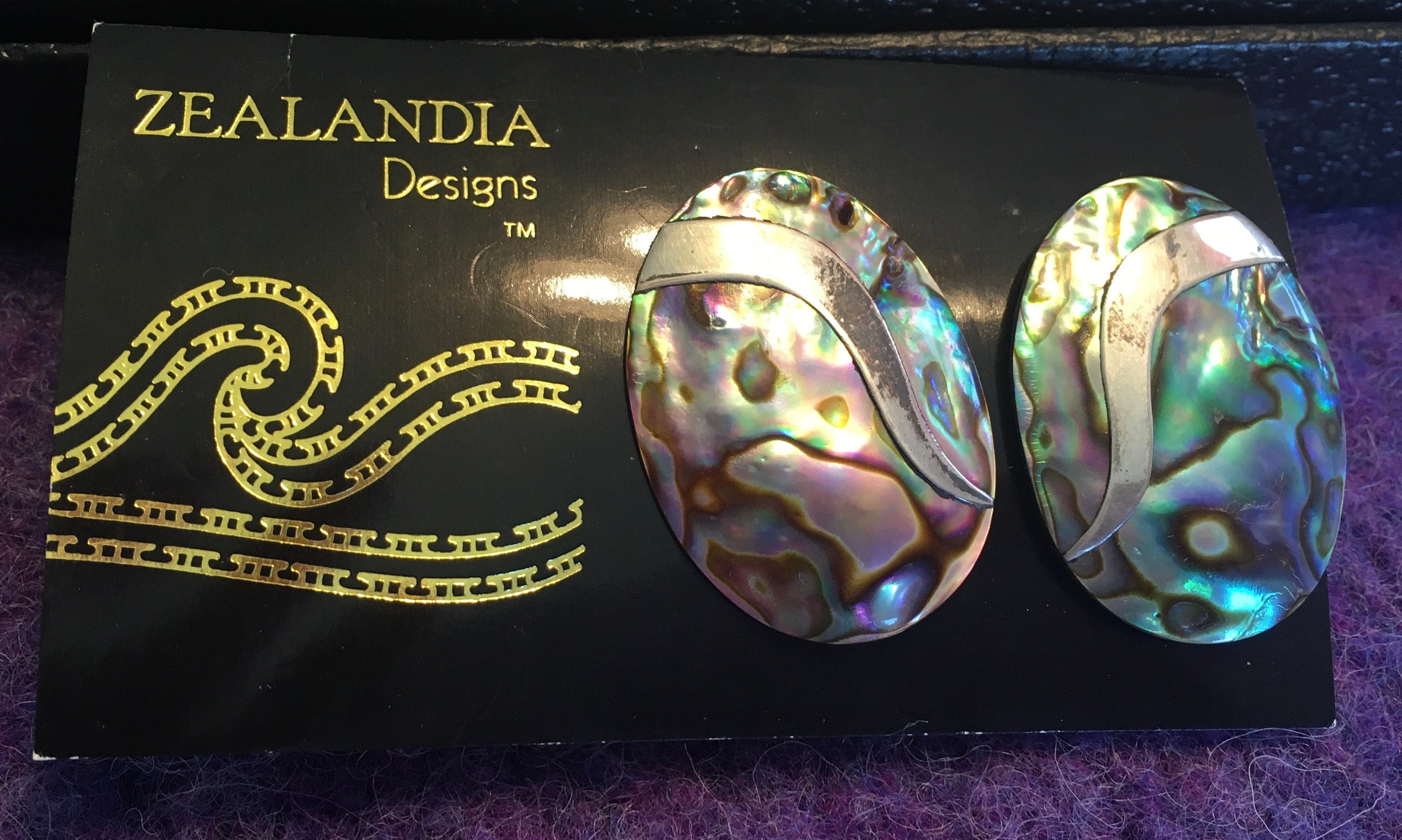 They are made with marine opal (also called paua or mother of pearl) with sterling silver accents from Indonesia.  Paua has been used by the Maori people for centuries.  It is also called marine opal or sea opal because of its iridescence. Approximately 1.5" x 1".